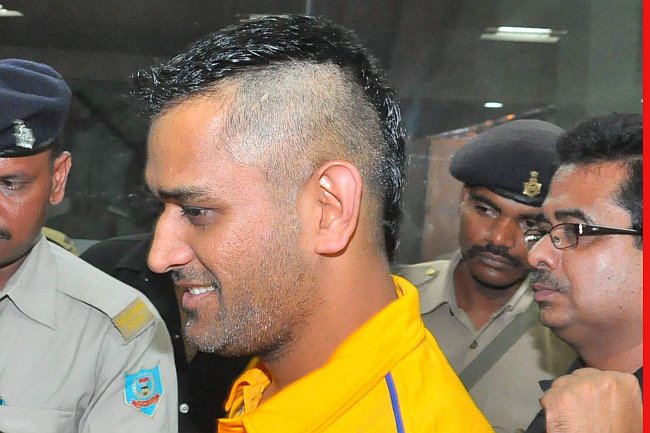 During his long and incomparably successful career,Mahendra Singh Dhoni has provoked some powerful responses in a wide variety of fans,but it is a safe bet that no other cricketer has ever used his hair in quite the same way as Dhoni.

When he had become the part of Team India,he had long and flowing hair.After India defeated Pakistan,its ruler Parvez Musarraf praised him for his hair style.As if he had not heard him,Dhoni shaved off his head after the Team India won the World Cup.

Subsequently,the stylish and handsome cricketer grew his hair like a a common man only to unleash his Mohak hairstyle during Chennai Super Kings’ Champions League T20 match against South Africa’s Titans in Ranchi on Sunday.

His fans greeted him when they saw him sporting the hair style once followed by football star David Beckham and securing a historic Chennai’s four-wicket win in the opener.

Sure, Dhoni is a Class apart in the history of Cricket !