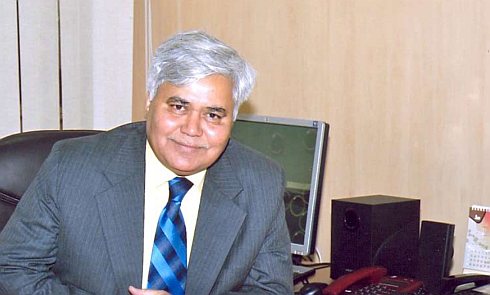 Jharkhand Chief Secretary R S Sharma has pulled up the state’s bureaucracy saying some bureaucrats are out to garner popularity like politicians.

“Even bureaucrats have turned politicians, It is okay when politicians seek popularity. But why bureaucrats?” asked Sharma in the presence of Chief Minister Hemant Soren.

Pulling up the bureaucracy at a seminar in Ranchi organised on the occasion of the birth anniversaries of Mahatma Gandhi and Lal Bahadur Shastri at ATI,Ranchi on Wednesday,Sharma rued about not having a robust bureaucratic system that could have strengthened the delivery system even if there was a weak political system.

“The political system in Tamilnadu is not strong, but the delivery system is effective”,Sharma said.

He was addressing at the seminar, ‘How far and how near are Government, Society and Media’, organised by the Information and Public Relations Department.

Stating that he was not competent enough to comment on society or media, and would prefer to stick to his bureaucratic area, Sharma said, “What is important in the relations among the three is credibility, which doesn’t evolve overnight. It takes a long time to evolve.”

And cynicism, he added, has increased with people thinking “all are bogus” in the systems, and credibility among the religious gurus has also sharply dipped.

“If we don’t change that perception nothing will happen…There is also hypocrisy in the society, i.e. our wrong is no wrong but others wrong is wrong,” he said.

He said commitment has also been reduced.

“When I was in Delhi and was to come to Jharkhand six months ago, people told me, why do you want to go to Jharkhand, where nothing happens. But my reply was,I will try,” he said, calling upon the power that be to make efforts in changing that perception in public at large.

Stating that institutions could not be built easily,he sought less intervention (by the political persons,Ministers) in routine administrative affairs.

“There is no robust system and its absence has affected governance. Bureaucracy is also not insulated.Yet there can be a scope to work, if interference, complacency and hypocrisy are reined in,” he added.

Asking bureaucrats not to pass time and have a passion to work,Sharma said, “Shun complacency, shun hypocrisy and instill passion.”