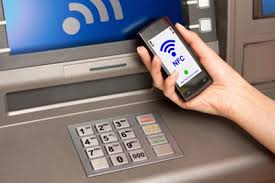 It may not figure in the positive mode of the media.But Jharkhand has gained ground by centralising Banking Cystem launched in association with India Post and Unique Identification Authority of India(UIDAI) for automating the manual process of payment at their offices.

This was the work done by the State’s Information and Technology Department headed by its Principal Secretary NN Sinha.No wonder why the Department has won the prestigious Skoch Award for the second year in a row for using IT in different projects of the state like excellence in banking,financial services and insurance.Sinha had received the award recently.

It may be recalled here that Skoch Award is a move to recognise the e-Goverance initiatives of the Central Government, State, Local Governments, their various departments and undertakings, and their technology and solution providers in both the government and corporate sector. These Awards recognise the best applications of technology in the various sectors of governance.

According to official records,last year the department led by Sinha  was selected in the category of emerging IT state. It  was lauded for its contribution in modernising police systems, tracking Naxal movement on a real time basis, city surveillance, registration of property in less than an hour and delivery of citizen services through web based single window platform.

This year it bagged the award for initiating centralized Banking System launched in association with India Post and Unique Identification Authority of India (UIDAI) for automating the manual process of payment at their sub and branch post offices.

Explaining the technology, he said that MGNREGA wages, old age pension and scholarship payment was linked to the Aadhaar-enabled system along with backup of One Time PIN (OTP) technology through mobile for authentication purposes.
Interestingly this system can be deployed on all type of hardware viz. tablet, point of service and desktop devices, he said.

He said that the procurement of devices for use at other location is on and further improvement of software is also being taken up for ease of transaction and maximum transparency.