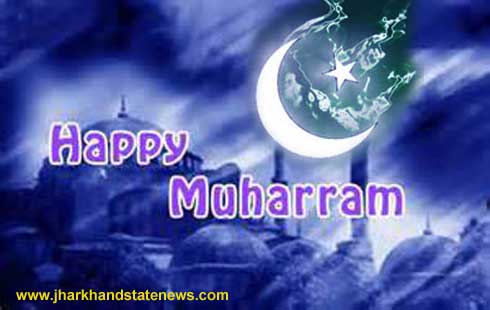 As Jharkhand is going to elect its new MLAs before the end of this year,all political parties were busy preparing its leaders and cadres to win the poll. Since most of the party workers and leaders used the primordial sentiments to gain support,they were planning to win the Muslims by taking part in their fesitival-Muharram.

Already the state government has notified that all its offices in Jharkhand shall remain closed on November 4,2014 on account of Muharram.

As it is the headquarters of 24 districts in India,Jharkhand is also known for communal harmony. Festivals like Dushera, Diwali, Sarhul, Eid, Christmas, Muharram, Ramnawmi, Holi etc are celebrated with participation of all communities.

As it is, Muharram is observed by Muslims to mourn the death of Imam Hussein ibn Ali, the grandson of Prophet Mohammad in the battle of Karbala.Many politicians belonging to Hindu and Christian religions have been visiting the houses and the Masjids of the Muslim community.

Many of them are going to take part in the Muharram procession in Ranchi on November 4. “We welcome it. This will strengthen the relationship between communities and help make our society strong”, said Mohammed Alam, a school teacher.