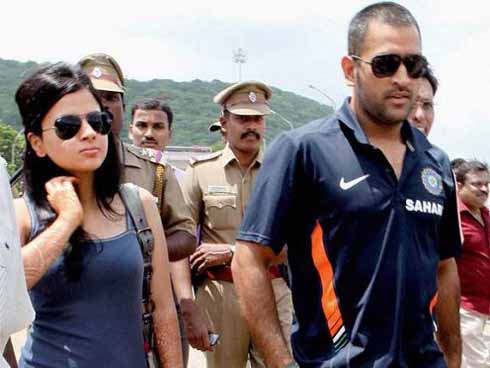 Mahendra Singh Dhoni’s wife Sakshi Dhoni has been roped in by an NGO, Hope and Animal Trust, to campaign against rabies in Ranchi from Tuesday.

“Sakshi Dhoni is an ardent animal lover,” Trust founder Praveen Ohal said. “She has been roped in as brand ambassador for Mission Rabies. Ranchi is our first target. We will make the city rabies-free by 2017. Sakshi has consented to spearhead the mission in all possible ways,”added Mr. Ohal
Sakshi and Dhoni’s love for dogs is well known. Reportedly when Dhoni’s pet dog Sam died a couple of years ago, he shared his grief with fans on Twitter.

Last year, Sakshi and Dhoni adopted a homeless stray pup from the Ranchi NGO whom they called Leah.

According to reports, Ranchi has some 40,000 strays out of which Hope and Animal Trust claims to have sterilised half.

World Health Organisation has declared 104 cities as rabies-free. Ranchi may join an elite league of Hong Kong, Singapore, Tokyo and Kuala Lumpur.
According to Mr. Ohal, the state animal husbandry department, Ranchi Municipal Corporation and few others are supporting the mission.