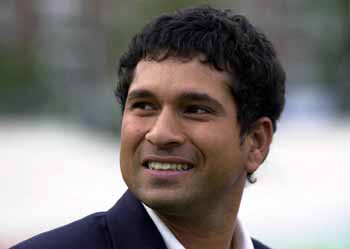 At the outset one can think living legend Sachin Tendulkar was born to play cricket.

But he himself knows what grilling he had to undergo to finish a glorious career with his willow, not only negotiating hostile deliveries by Imran Khan, Wasim Akram, Waqar Younus, John Reid, Richard Hadlee  and the likes on the 22-yard cricket pitch but also wagging of tongues.

The first brush of his life he got when travelling by local buses in Mumbai as school cricketer.

“….On days when I wasn’t so lucky, it was still a challenge just to stand with the kitbag, because the bus conductors would inevitably complain about me taking up the space of another passenger (because of heavy cricket kit),” recalls Tendulkar in his just released Autobiography—-Playing It My Way.

“It could be embarrassing because the conductors were often rude and would sometimes ask me to buy two tickets. I didn’t have the money for a second ticket and I had to learn to take these remarks in my stride.

“Dirty clothes often added to the embarrassment. After I’d played in them all day, the clothes were usually in quite a smelly state and this was the cause of a lot of discomfort and guilt on the way home,” says the all time great cricketer who has since retired from all forms of cricket.

Tendulkar also looks back his first tour to Pakistan in 1989 and the fourth Test at Sialkot when he was exposed to the on-field sledging after he got a bloodied nose following a short pitch delivery by pacer Waqar Younus.

“As I was trying to recover from the blow, I was amused by Javed Miandad’s comments. In an attempt to psyche me out, he was saying things like ‘Arre tujhe to abhi hospital  jana parega; tera naak tut gaya hai.’ (You may have to go to the hospital; your nose is broken.)

“To add to my discomfort, a banner in the stands read, ‘Bachche ghar ja ke dudh pie kea aa.’ (Kid go home and drink milk),” the batting maestro recalled, en route his 25 years of journey on different pitches across the world, enduring blows to his body and mind.

Recalling his first tour of New Zealand in March 1990 and his first Test experience there, Tendulkar said, “On 2 February, I was dismissed by Danny Morisson for a golden duck. It was a good delivery but the send off was interesting, to say the least.

“I could hear most of the New Zealand players calling me a school boy, with plenty of F-words thrown in. They kindly advised me to go back to playing cricket with my school chums, suggesting I wasn’t fit to compete at international level. I kept my mouth shut.”

Probably thinking that the best way to defend such sledging is to give back in the same coin, Tendulkar caught the sledging bug during his next tour to Australia in 1991/92.

He recalls how a lot of things were said to him on the field in Australia and he had his first exchange with Steve Waugh, another great cricketer or our times, who sledged Tendulkar when the latter was hitting across the best Australian bowlers in a county match.

It was in the course of this match that the Australian Test team for the first Test at Brisbane was announced and Waugh was not included in the side, Tendulkar said, “…I (Tendulkar) said to him (Waugh) that if he wanted to fight with me, he first needed to get into the Australian team…”

Tendulkar also narrated the lesson he learnt as to how international cricket is played and he remembered it till the last day of his career about one episode with fellow legend Allan Border (AB) of Australia.

He writes; “I had just played a ball defensively and had no chance of a run. In what I thought was the spirit of the game, I was about to pick the ball up and throw in to Allan Border, the Australian captain, who was fielding at gully.

“When AB spotted me bending down he screamed to me, saying, ‘Don’t dare touch the ball.’ After that I never tried to pick up the ball and throw it back to fielders….”

Tendulkar also threw light as to how cricketers too make scapegoats of fellow cricketers.

“It involves Venkatapathy Raju, our left-arm spinner, and Merv Hughes….we dared Raju…to go and grab Hughes’s famous thick moustache…to our surprise Raju boldly went up to Merv and pulled his moustache, a feat of incredible bravery – or foolishness. Merv took it all very sportingly…”