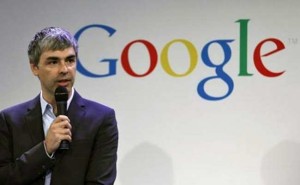 He is American businessman and computer scientist.On March 26,2015,Lawrence “Larry” Page,Google’s Chief Executive Officer and Co-Founder of Google, will be 42 year old.

Right now,Page has come up as 2014’s “Business Person of the Year”.He overtook many others including Alibaba’s Co-Founder Jack Ma and Facebook CEO Mark Zuckerberg,reports Fortune magazine.

In the past,Page had succeeded Eric Schmidt as Chief Executive Officer of Google.Page’s personal wealth was estimated to be US $28.7 billion,ranking him number 17 on the Forbes list of Billionires,according to Wikipedia.