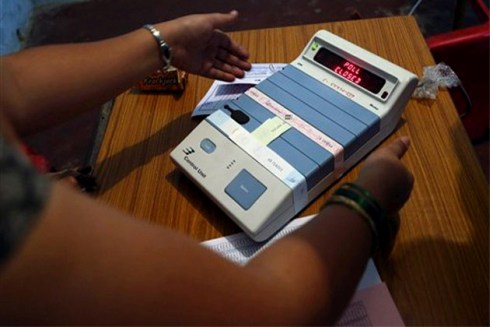 Average WPI inflation declines to 3.4% in 2014-15 (April-December) as against an average of 6% during the previous year

The decline was caused by lower food and fuel prices. During the first quarter of 2014-15, WPI headline inflation stood at 5.8% as mainly food and fuel prices were high. In the second and third quarters of 2014-15, WPI inflation declined to 3.9% and 0.5% respectively. WPI food inflation which remained high at 9.4% during 2013-14 moderated to 4.8% during April-December, 2014 following a sharp correction in vegetable prices and moderation in prices of cereals and eggs, meat and fish.

The retail inflation as measured by the Consumer Price Index (CPI) (base year 2010= 100) moderated significantly since the second quarter of 2014-15. It declined to an all time low of 5% in Q3 of 2014-15 after having remained stubbornly sticky at around 9-10% for the last two years.

During the third quarter of 2014-15, the CPI food inflation declined considerably due to seasonal softening of food and vegetable prices after the late arrival of monsoon exerted some pressure on vegetable prices during June-August, 2014. CPI inflation in the fuel and light group registered a consistent decline during 2014-15, touching 3.4% in the third quarter following the sharp decline in International Crude Oil prices.

The main factors causing moderation in inflation include both global factors as well as domestic measures. Global factors, namely persistent decline in crude prices and softness in the global prices of tradables, particularly edible oils and even coal, helped moderate headline inflation. The tight monitary policy helped contain demand pressures, creating a buffer against any external shock and keeping volatility in the value of the Rupee under check. During the last one year the Rupee remained relatively stable vis-à-vis the currency of peer emerging countries, which too had a sobering influence on inflation. Moderation in wage rate growth reduced demand pressures on protein based items.

The swift decisive steps taken by the Government also helped control the stubbornly persistent inflation—particularly food inflation. The decline in inflation is found to be substantial in commodities where the Government had taken effective measures. The Government took a series of measures to improve availability of food-grains and de-clog the distribution channel. Some of the major steps taken recently in this regard include:

a) Allocation of additional 5 million tonnes of rice to below and above poverty line (BPL and APL) families in the states, pending implementation of the National Food Security Act (NFSA), and allocation of 10 million tonnes of wheat under open market sales for domestic market in 2014-15.
b) Moderation in increases in the MSPs during the last and current season;
c) Advisory to the states to allow free movement of fruits and vegetables by delisting them from the Agricultural Produce Marketing Committee (APMC) Act;
d) Bringing onions and potatoes under the purview of the Essential Commodities Act 1955, thereby allowing state Governments to impose stock limits to deal with cartelization and hoarding, and making violation of stock limits a non-bailable offence;
e) Imposing a minimum export price (MEP) of US$ 450 per MT for potatoes with effect from 26 June, 2014 and US$ 300 per MT for onions with effect from 21 August, 2014.