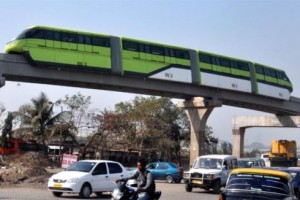 With the Raghubar Das government appointing Infrastructure Development Finance Company Ltd (IDFC) as consultant for planning Monorail project for Ranchi city,the question doing the round in Jharkhand capital is :why has the state government planning to have a monorail in Ranchi?
After the Das government in its Cabinet meeting in Ranchi on Thursday decided to appoint IDFC,India’s leading integrated infrastructure finance player providing end to end infrastructure financing and project implementation services,a group of experts expressed the view in favour of the move.Reason?

Last year a high level meeting presided by the then Chief Secretary, Sudhir Prasad had created a draft proposal of Memorandum of Understanding for the proposed monorail project under the aegis of Urban Development Department and IDFC to set up monorail in PPP mode.

Now,with the state government appointing IDFC,expressed concluded that monorail is a practical solution to solve Ranchi’s traffic problem.This is mainly because monorail has several advantages for a city like Ranchi where there is shortage of space for road.Moreover,monorail is famous for providing safety,minimul disruption during construction and it can operate without a driver.

In the most common monorail design, the train wraps around the beam, making it impossible to derails. This is why most high-speed, magnetic-levitation “bullet trains” use a monorail design.

All is not well though.The primary disadvantage of monorails is their incompatibility with other rail systems, and often between monorail system by differing manufacturers.