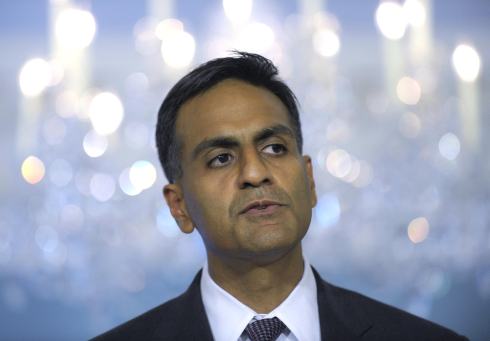 U.S. Ambassador Richard R. Verma today said that the U.S.-India relationship as ‘re energized’ by recent visists of Prime Minister Narendra Modi to the USA and President Obama to India.

They ’have re-energized a partnership that has been growing steadily for at least the last 15 years or so, even if for one reason or another it wasn’t always growing as fast as it could. But one of the outcomes of the recent visits was also the recognition that our relationship is no longer solely about our strategic interests”,he said adding:

“ It is also about the trade, academic, scientific, and other unofficial ties that underlie the broad popular and political support the relationship enjoys in both India and the United States. Our leaders therefore envisioned an enhanced relationship where we can utilize these ties as well to build the more peaceful, prosperous, and stable future we seek. “
Verma said so during his speech at Ananta Aspen Institute, WWF
Auditorium, New Delhi.

The subject of his speech was “Foundations of the U.S. – India Strategic-Plus Relationship.”