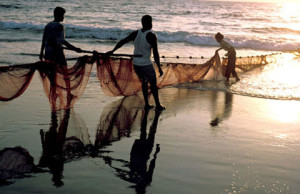 Union Minister of State for External Affairs General (Dr.) V.K. Singh (Retd) stated in the Rajya Sabha on Thursday that 538 Indian fishermen and 851 fishing boats are in custody of neighbouring like Pakistan, Sri Lanka and Bangladesh.

The Minister responded by saying that efforts of the India Government had secured the release of 172 Indian Fishermen by Pakistan in February 2015. Furthermore, an additional 57 Indian Fishing boats were released on March 23 by the Pakistani authorities. He also added that of a total of 964 fishermen captured by Sri Lanka, 927 have been released.

The Minister further added that the Ministry of Agriculture is the designated nodal agency for the payment of compensation of the fishermen held captive in Pakistan.