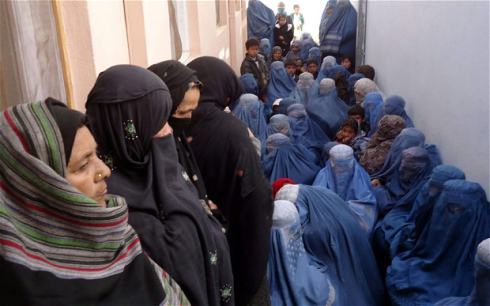 SEWA will partner with government and civil society stakeholders in Afghanistan and India to train more than 3,000 Afghan women across five provinces in vocational skills including embroidery, garment stitching, food processing and jewelry making, as well as in leadership and marketing.

Making the announcement during his visit to SEWA’s Hansiba store in New Delhi this week, Acting Administrator Lenhardt said, “The strategic partnership among the U.S., Indian, and Afghan governments is a significant contribution to regional stability and prosperity. The empowerment of women and girls is essential for sustained peace and progress. By partnering with such an immensely talented and committed organization as SEWA, our three governments are helping thousands of Afghan women lead healthy and productive lives.”

U.S. Ambassador to India Richard R. Verma added, “A key goal of U.S. collaboration with India is to harness the strengths and capabilities of both countries to tackle development challenges around the world. Our partnership with SEWA to benefit Afghan women is a great example of the expanding India-U.S. global partnership.”

This new partnership builds on an earlier effort in which SEWA, USAID, and the Indian and Afghan governments collaborated to improve the economic and social condition of 150 Afghan women and their families. The initiative helped triple the average monthly income of the participants.