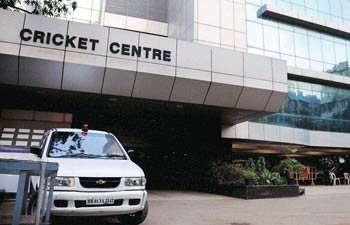 A courtesy meeting was held in Kolkata today.The meeting took place, between Jagmohan Dalmiya, President of The Board of Control for Cricket in India (BCCI) and Shaharyar M. Khan, Chairman, Pakistan Cricket Board.

The meeting was held at Jagmohan Dalmiya’s residence in Kolkata regarding the resumption of the desirable bilateral cricket ties.

Recalling how cricketing relations had blossomed when they two of them were the heads of their respective boards; the PCB Chairman congratulated Jagmohan Dalmiya on becoming the President of BCCI.

It was decided in the meeting that appropriate steps will be taken to address and consider certain matters. The two heads were certain of positive results emerging from these proactive discussions. To review the situation constantly, the two boards will be in regular touch.