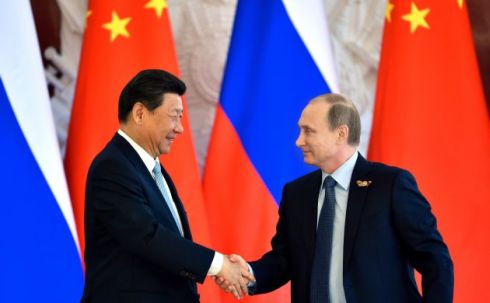 By Ritam Talukdar: The Chinese Premier XI Jinping has met with Russian President Vladimir Putin in order to sign up a cyber-security pact, which will promise not to attack each other over the net with Cyber Attacks. The two countries who have been friends since the end of the Cold War, have also agreed to an exchange that will not only consist of technology but will also, share information regarding cyber threats concerning with the respective law enforcement agencies.

This new agreement will favor changes to global Internet governance, which will to a large extent reduce the traditional role of the US, in having tighter control over the internet.

This has all been done in order to have strict governance over people’s digital information. It is a 12 page agreement, written in Russian also states that the two states will lend a hand in securing each other’s critical national infrastructures.

China was also rumored to have been heard to work it out with Homeland Security to fight against the cyber criminals. So, we can only hope that this step will be a response to the revelations about US and Western Nations hacking and surveillance operations and will set a new sort of precedent for two global Cyber Security Powers to emerge out, promising more.