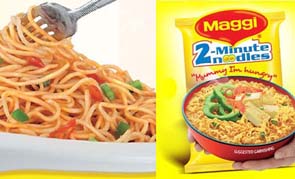 An analysis of blood samples collected over a period of one year in the country has revealed that over 23 per cent of the total samples tested positive with lead poisoning.

According to a WHO study, lead exposure is estimated to account for 1,43,000 deaths per year with the highest burden in developing regions.

Recently, lead was found in instant food Maggi that had raised concerns over packed food items.

Reportedly Maggi samples collected in various parts of the country were found containing added monosodium glutamate (MSG) and lead in excess of the permissible limit and its sale has been banned in many states.

A pan-India analysis of blood samples collected over last one year has revealed that 23.47 per cent (172 samples out of 733) of the total samples tested positive with lead poisoning, said Dr Sandeep Warghade, Consulting Pathologist Metropolis Healthcare in Mumbai.