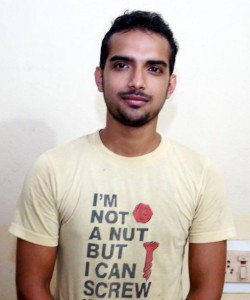 He is going to make history at IIT.Abhishekh Ranjan,who is a person with disability,has secured 18th rank in JEE advanced 2015 examination.

Abhishekh,son of a newspaper hawker Pramod Ranjan,was a hard working and sincere student despite being physically handicapped.

Ranjan informed that preparing for the JEE was a major challenge for him.”He succeeded because of his hard work and sincere resolve to use time for the study during the day and night.We are proud of him”,he said.

Abhiushekh had become physically handicapped after he suffered from a fatal accident in Class VII,nearly five years ago.