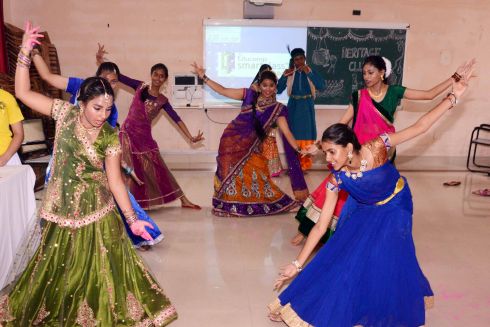 Two days before the Raksha Bandhan on August 29,Students of Ranchi based Kairali school today participated in a cultural programme inside their campus.

The programme was marked by dance,music and beautification of the Class rooms and the surface with ‘Rangoli’.

Alonside,women were spotted buying rakhis for the upcoming Raksha Bandhan festival on Saturday.As per the Hindu tradition,like any other part of the country,a sister ties rakhi on the wrist of her brother and prayed for his security.