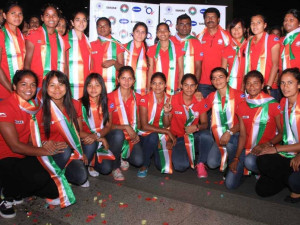 Indian women’s hockey team today qualified for next year’s Rio Games marking its return to the Olympics after a long gap of 36 years.

Reportedly England’s victory over Spain in semi-final, coming after the Netherlands’ win over Germany in the other semi-final in the European Championships freed one quota place as both the finalists have already qualified for the Olympic Games.

India got the quota place on the basis of its fifth-place finish in the women’s Hockey World League semi-finals in Antwerp, Belgium last month.