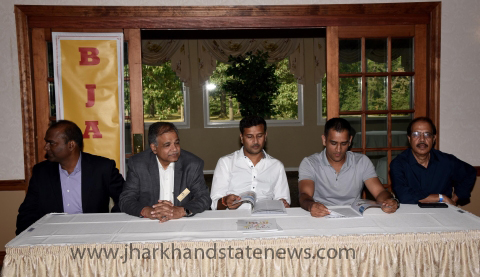 Picture made available by Ratan Lal

Two friends attended a meeting in the United States of America.Both were from Jharkhand.Who?

Billed as “Samaroh”,it was organised by members of Bihar Jharkhand in New Jursey,USA on August 30.Both Dhoni and Mahato took part in it.