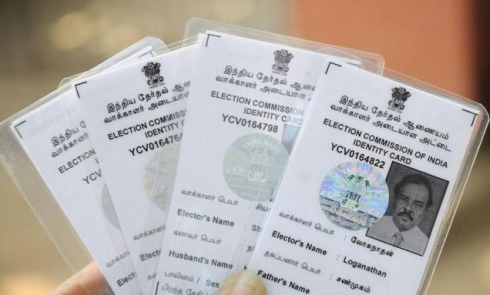 If you want to get the error removed from voter identity card,meet the Block Level Officer(BLO) of the Polling Booth lying inside place of residence in Ranchi district.

As per directive of the Election Commission of India,any body whose voter identity card carries any error,can get it removed from the list of voters.

Also,if any citizen who completes 18 years of his/her age on January 1,2016,can get voter identity card made during September 15-October 14,2015.

Ranchi Deputy Commissioner Manoj Kumar has informed that there were 19 lakh 92 thousand and 205 voters in Ranchi ddistrict.Among them,10 lakh 43 thousand and 236 were male and 9 lakh 48 thousand and 647 were female voters.

“Whover was left behind can get himself/herself included in the list soon”,said the DC adding that it was not essential that the new applicant has Aadhaar number for gaining the voter identity card.
The list of voters is planned to be published by January 11,2016.