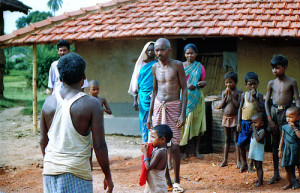 Over 100 families of primitive tribes have reportedly converted to Christianity in Gumla district of Jharkhand.

According to administrative sources, over 100 families belonging to Ghaghra and Visunpur blocks were converted.

The converted family members said they took the decision due to poverty and to ensure education for their children. Beside educational facilities, the villages lack roads, electricity, and health centres.

Asur, one of the nine primitive tribes of Jharkhand, is facing a population decline.

However the Gumla authorities said they would probe the issue to find out whether people converted by their will or they have been allured.