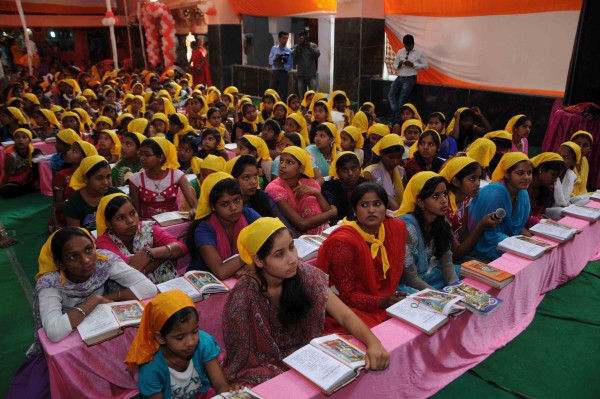 As the countdown for Durga Puja begins, festive fever has gripped Jharkhand,Bihar and West Bengal, with the people thronging the market, especially Ranchi,Patna and Kolkata.

The Durga puja is combined with the Dussehra festival slated to be held on October 22.As per the Hindu gtradition,Lord Ram killed the king of demons Ravana and rescued his abducted wife Sita from him.

Large outdoor fairs and melas are held with huge display of effigies of Ravana (the mythical king of ancient Sri Lanka) on the day. The effigies are later burnt on bonfires, while the crowd burst into cheers.

Dussehra also marks the end of the auspicious nine-day festival called Navratri. On the day of Dussehra, the deities installed on the first day of the Navratri are immersed in water, and devotees, who engage on fast during the nine days, visit each other and exchange sweets.

Today,as many as 351 Kumari Kanyas(virgin girls)participated in the recitation of the Ramayana at the Ram Mandir in Ranchi.The function was launched by the BJP leader and Jharkhand Urban Development Minister CP Singh.