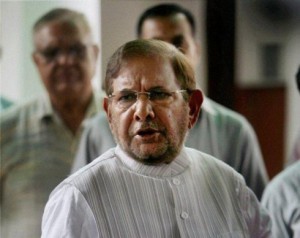 Janata Dal (U) president Sharad Yadav today said that the BJP was ”doomed to an ignominious defeat” in Bihar Assembly election even as its ”last ploy to whip up communal passions to salvage its position” at the hustings could not work to its advantage.

After exercising his franchise in Mahdepura Assembly segment during the fifth and the last phase of Bihar Assembly election,
Yadav said that the BJP tried to cross the “Vaitarni by clinging to the proverbial cow tail” but its all efforts failed to change its fortune.