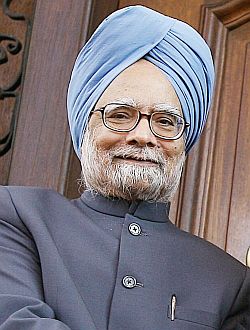 Former Prime Minister Manmohan Singh today expressed his concern over the recent incidents of assault on writers and ‘stifling of their freedom of expression’ and said these things cannot be justified on any ground.

Speaking after inaugurating a national conference, ahead of the 125th birth anniversary of former Prime Minister Jawaharlal Nehru, Dr Singh said, ”The Nation is deeply concerned at the recent tragic incidents of blatant violation of right to freedom of thought, belief, speech and expression by some violent extremist groups.

Assault or murder of thinkers or disagreement with their views because of the food they eat or their cause, cannot be justified.