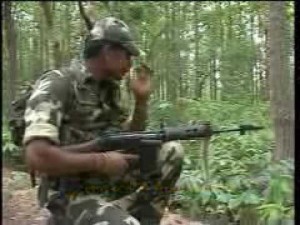 A CRPF jawan has allegedly committed suicide by shooting himself in his camp in Manoharpur area of West Singhbhum district in Jharkhand.

The jawan, identified as Ravi Yadav, locked himself in a room and shot himself dead with a rifle, said the police.

Yadav hailed from Haryana and had resumed resumed duty on Thursday after availing leave.

The reason behind him taking the extreme step is yet to be ascertained, added the police.