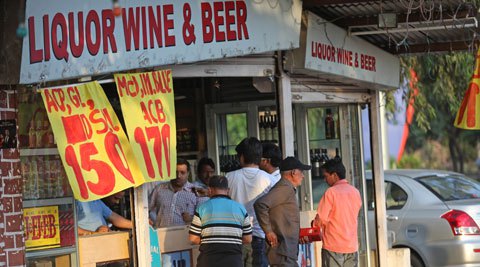 The Congress and the Janata Dal (United) has demanded ban on liquor in Jharkhand to prevent the “prospect of sale in black” in areas bordering with Bihar.

“The Jharkhand unit of the JD(U) welcomes Bihar Chief Minister Nitish Kumar’s decision to impose a ban on liquor in Bihar. We also demand a similar ban in Jharkhand to prevent any prospect of sale of liquor in black in the bordering areas,” JD(U) state unit General Secretary Bhagwan Singh said.

PCC spokesman Ajay Rai has supported the JD(U) demand and said the state government should keep a check on illegally inscribed rates on liquor bottles.