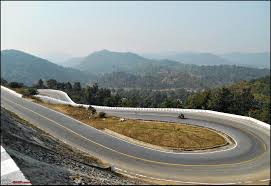 Five days after the Jharkhand state Cabinet decided to adopt a Film policy and build a film city in the Patratu valley near Ranchi on Tuesday, a team of experts led by Information and Public Relations Department Director A.K.Pandey is slated to explore the site for the film city.

Pandey is supposed to visit the Patratu valley on Sunday with an aim to explore the place where this film city comprising an integrated film studio,recording rooms, gardens, lakes, theaters and grounds can be built.
“We will try to locate the area for this film city”,pandey told www.jharkhandstatenews.com.

The film city is planned to be built to attract and promote film makers,especially from Jharkhand.To take membership,a so called single window system was adopted and to promote film industry,a separate body called Rajya Film Vikas Nigam has to be set up,as per the decision of the Cabinet headed by Chief Minister Raghubar Das.

The Nigam’s Secretary and Vice President are planned to be Secretary(Finance) and SecretaryIPRD) respectively.The Director(IPRD) is supposed to be its Member Secretary.

At the proposed film city at Patratu valley,a separate police station is planned to be set up.Much prior to the decision taken on Tuesday,Jharkhand Chief Ministyer Raghubar Das had had announced his desire to turn Patratu valley as valley of ‘Switzerland.’