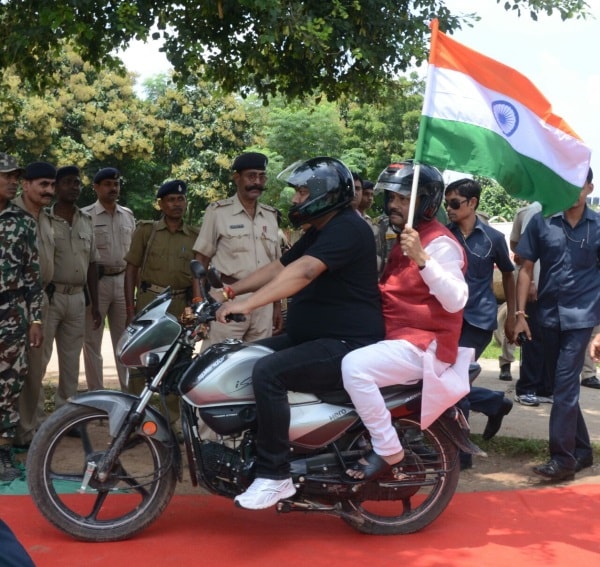 With an aim to make bike riders wear helmet and follow traffic rule in the state, Jharkhand Police has been running a campaign since long. While it had organised meetings, distributed helmets among a section of bike riders and even the CM Raghubar Das had promoted it by moving around in Ranchi on a bike, wearing  a helmet,

Jharkhand Police have now come up with an front page advertisement in local Hindi Dailies, under a caption in Hindi-"Agar CM Helmet Pahan Sakte Hai To Aap Kayo Nahi"(When the CM can wear helmet, why can't you).The same advertisement points out that in case, a bike rider does not follow this traffic rule, he/she will have to pay penalty varying between Rs 100 and Rs 2000.

As it is, in Ranchi where bike riders preferred to zoom around without helmet have begun wearing helmet. As a result, the sale of helmets has increased making helmet producers, suppliers and sellers happy."All variety of helmets was available in the market. We are happy that the bike riders were following the traffic rules”, said Arvind Singh,a shop keeper in Ranchi whose turnover had increased by 356 percent during the past four months since January 1,2017.