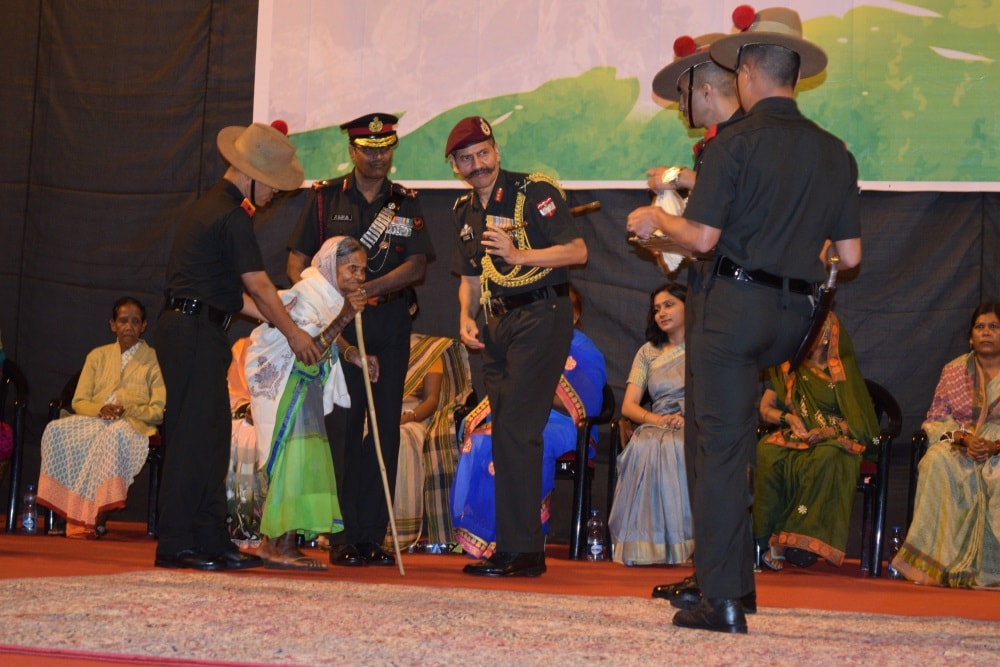 Dipatoli Cantonment celebrated 18th Kargil Vijay Diwas on 26 July 2017 at Jharkhand War Memorial. Lt Gen SS Hasabnis, Vishist Sena Medal, General Officer Commanding, Brahamastra Corps was the Chief Guest. A felicitation program was organized for the next of kins of the Kargil War heroes in the Cockerel Auditorium. War widows and war veterans from the Jharkhand state were invited for this event. Thereafter, Lt Gen SS Hasabnis laid the wreath at the Jharkand War Memorial to pay his tributes to the Martyrs of Kargil War. Other dignitaries also laid the wreath to pay homage incl Maj Gen ML Mohan Babu.

Kargil Vijay Diwas is celebrated to remember India’s victory over Pakistan and to remember our fallen heroes, who fought one of the most difficult war in treacherous inhospitable mountainous terrain of Kargil and Drass. The war was waged by Pakistan to gain supremacy in the areas north of Kargil by cutting off the National Highway connecting Srinagar to Leh. The war lasted for two months and the indomitable Will and Spirit and Gallant deeds of Indian Army soldiers won the war. Indian Army regained the entire area from Pakistani intruders on 26 July 1999. In remembrance of Operation Vijay’s success, this day is celebrated as ‘Kargil Vijay Diwas’.

After felicitation program for the next of kins of the Kargil War heroes in the Cockerel Auditorium, a wreath laying was organised to pay homage to the fallen comrades at Jharkand War Memorial. Maj Gen ML Mohan Babu, General Officer Commanding, Cockerel Division, stated that Indian Army has been & will always be indebted to those, who gave supreme sacrifice, while guarding the borders of India.

Maj Gen ML Mohan Babu assured all the war widows & veterans of continued support and welfare from Cockerel Division. Through Ex Servicemen (ESM) cells and units posted in the state of Jharkhand, Indian Army has been ensuring all possible support to the war veterans/ widows / veer naaris of the state.