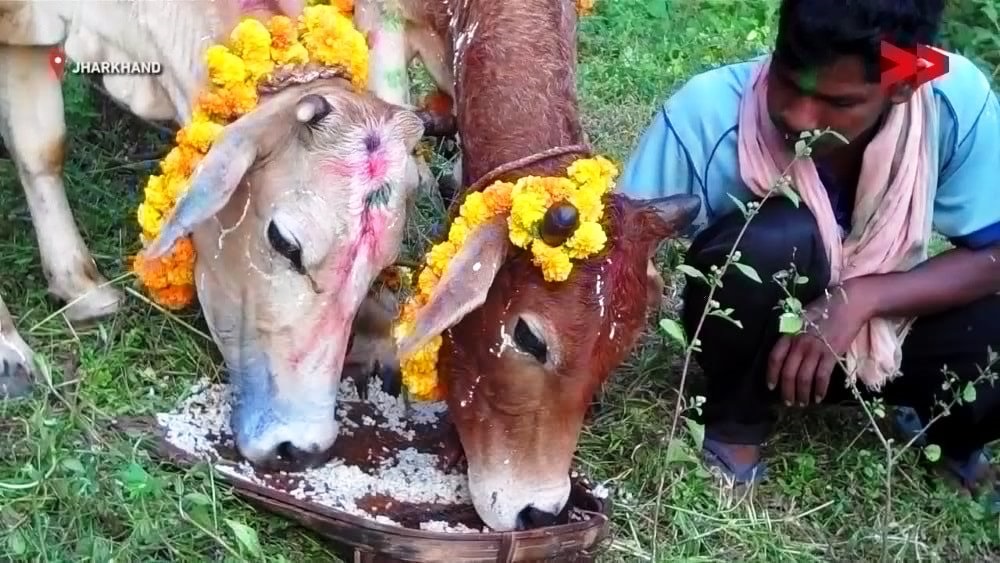 At a time when Diwali has just ended,Adivasis were busy celebrating another annual festival -Sohrai.

Sohari,widely popular among all sections of the Adivasis,is meant to display gratitude for the hard work done by cows and buffaloes-who worked by ploughing the field and helped them clean water-rice areas where neither any one of them nor any economically mamageable machinery can move as easily through the deep,sticky mud field,during the agriculture season.

The same festival is called Gobardhan Puja among the Hindus in the north and eastern India.As it is,after end of the monsoon and paddy cultivation season,Sohrai began on Friday.In fact,Sohrai,dedicated to the well being of cattles,is celebrated by tribals of rural areas. It is observed from the second day of Diwali and continues for three days.

The first day begins at the barn by cleaning the cattles and offering prayer for their  well being round year.Next day starts by imprinting the cattle. Natural color is mixed in rice batter, circular objects and palm is usually used to put impression on the whole body of the animals.In the evening the local elderly's gather and prepare bonfire made out of stick and hay and after offering prayer for good rainfall and wellbeing of villagersit is set on fire.The whole villagers dance around the fire all through the night.

On the concluding third day,people exchange blessings from the relatives and offer prayers before the cows,buffaloes,a feature common among tribal farmers in Jharkhand.