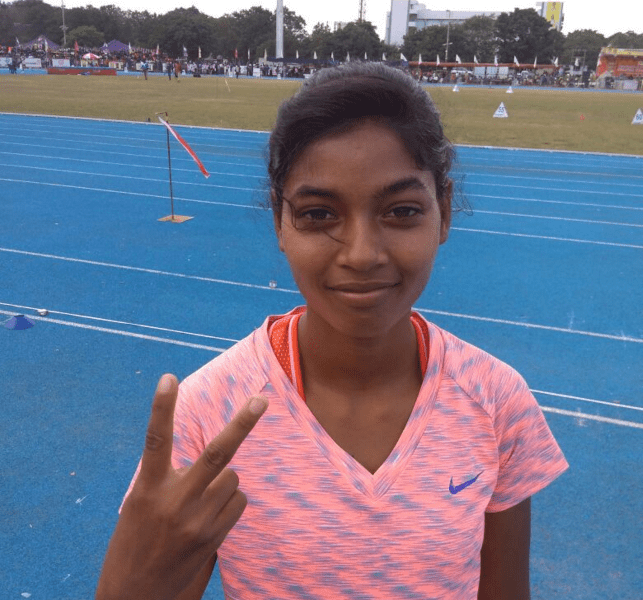 In this event, Renu of Punjab recorded a 13.46 meter jump and took the gold medal while creating a new record.

Priyanka is slated to participate in the long jump event too, where she is expecting to win the gold medal.