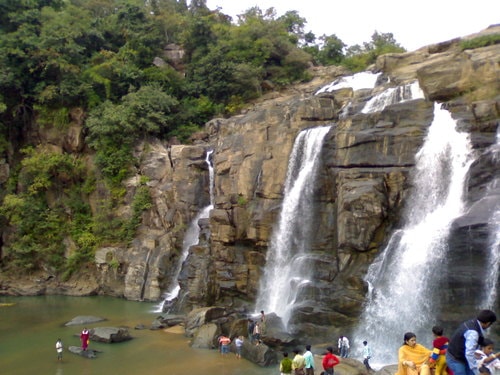 As celebrations of the Christmas and New Year 2018 begin,waterfalls across the state are set to become popular venue for tourists.Each of these waterfalls such as Johna,Hundru and Dasom in Ranchi district are lovely destination as it is surrounded by greenery.

Picnickers cherish the water flowing from the hills.They take bath,cook food and play music.Many of them consume liquor and dance during this season of joy.Now,this is past.

This time a body of activists under the banner of Prayatak Suraksha Samiti(JPSS) has decided to impose ban on consumption of liquor at these picnic sites in Jharkhand.

The decision was taken to check the casualty in waterfalls of the state during the peak season of Christmas and New Year celebrations.The JPSS members were backed by village committee(Gram Sabha) members at Hundru fall in Ranchi on December 13.

They decided not to allow picnickers not to consume liquor in and around waterfalls in the state including Ranchi.Even smoking and chewing betel and guthka were prohibited.To enforce the decision,JPSS has held meetings at Dasham,Johna and Sita falls.

The security forces have been alerted to maintain law and order.In fact,if official data are to be believed,tourist inflow has increased in the state in recent years.In 2016,a total of 33.55 million tourists visited Jharkhand against 33.07 million in 2015.'This time we have to be extra careful during the Christmas and New Year celebration season beginning December 25",said a senior police officer.

The tourism department has not imposed any ban on use of liquor.But since JPSS comprised of local residents as its members,consumption of liquor in picnic spots is expected to face opposition from its members.So www.jharkhandstatenews.com's advice to its viewers is to avoid consuming liquor during the picnic season.