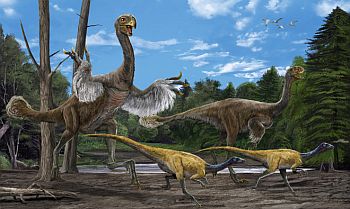 By studying the fossil specimen preserved by the London’s Natural History Museum for decades,the researchers have claimed that they belonged to the earliest known dinosaur.

The researchers say,according to Reuter’s Chris Wickham’s article-‘ Earliest known dinosaur discovered’,the fossil was of the ‘creature who was about the size of a Labrador dog’living ‘245 million years ago-10 to 15 million years earlier than previously discovered examples.’

The article quotes Paul Barrett from the Natural History Museum, who reportedly worked on the study,saying,’ “It was a case of looking at the material with a fresh pair of eyes.This closes a gap in the fossil record and pushes back the existence of dinosaurs.”

“The London fossil was studied by researchers in the 1950s but no conclusion was reached and nothing was published, said Barrett. “It was a mystery what it was … It just became this mythical animal.”