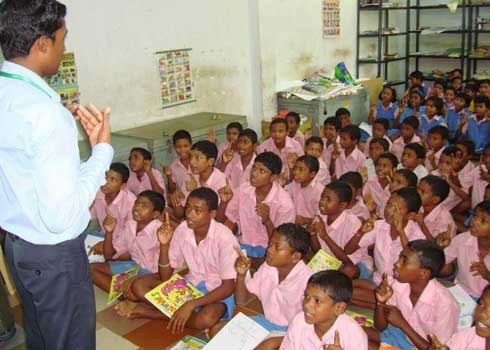 The National Council for Educational Research and Training (NCERT) has come out with a manual stating that Children from minority communities more often than not find the prayers in the school assemblies and picture of gods and goddesses on the walls alien to them.

A such,its manual has suggested some changes including the celebration of festivals related to religious minorities in schools, sensitive handling of these children during religious functions celebrated in schools, and adequate representation of minority parents in the School Management Committees (SMC).

The manual, prepared for SMCs by the council, points out that apart from some general issues of discrimination and harassment, children from minority communities may face other issues including “offensive comments” about food habits and perceptions of “undesirable” uniforms.

NCERT released the manual in June for SMCs that are formed under the Right to Education (RTE) Act.

The manual states that the empowerment of the socially disadvantaged groups, SCs (scheduled castes), STs (scheduled tribes), OBCs (other backward classes) and the minorities continues to be on the priority list of the country, because these groups still lag behind the rest of the society due to their social, economic and educational backwardness.

“The discriminatory practices against these groups by teachers, peer groups and system are still prevalent in some schools. (The) SMC has to play an important role to curtail such discrimination and provide a conducive atmosphere.”

The committees have also been asked to monitor enrolment and attendance of all children, and especially children belonging to disadvantaged groups.

The manual has also suggested that teachers working in schools with a significant number of students from SCs, STs and minority communities not be burdened with non-academic duties. It has also suggested sensitisation of all teachers to issues of cultural and religious diversity, especially in relation to religious minorities.