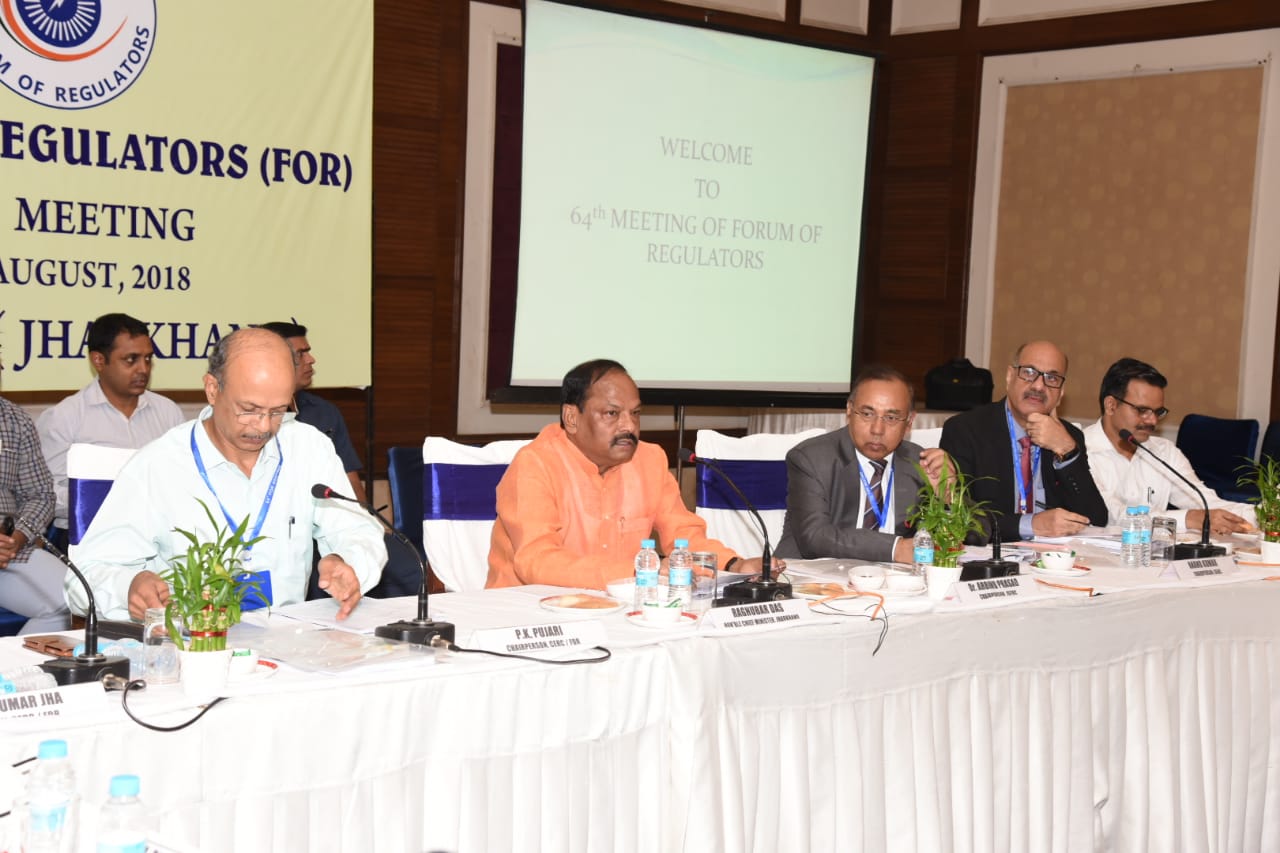 Chief Minister Raghubar Das said that in Jharkhand, 19 lakh families of 38 lakh families living without electricity have been provided electricity in the last four years. Electricity will be delivered to the remaining homes by December. By 2022, the target of 4000 MW power generation in Jharkhand has been set. With this Jharkhand will be able to provide electricity to other states, for this the work of strengthening infrastructure is underway. Chief Minister said these in the 64th meeting of the Forum of Regulators, India, organized by the Electricity Regulatory Commission.

The Chief Minister said that a joint venture with Patratu Thermal Power and NTPC has been prepared to increase production of electricity. Five units of 800-800 MW will be installed by 2022. Jharkhand will get 85 percent of the electricity produced in it. Tenughat is being expanded. Grid and line were inadequate for transmission in the state. The number of grids will be four times in the next two years. Santhal Pargana and Daltonganj-Latehar have connectivity to the power grid. There is also a lot of work being done in the field of distribution. Under Saubhagya scheme, the goal of providing electricity to every household is being met.

The Chief Minister said that tariff order has been simplified in the state with the support of the Commission. Now the Government is not giving grant but providing subsidy directly to the consumers. Underground cabling is being done in cities for uninterrupted power supply. The number of Power Sub Station is being increased. The network is being expanded. Earlier AT & C loss was 40 percent in the state, which has been reduced to 30 percent. We aim to bring it to 15 percent. The government is giving priority to solar energy. Ranchi has been selected in the National Smart Grid Mission. Its work will also start soon.