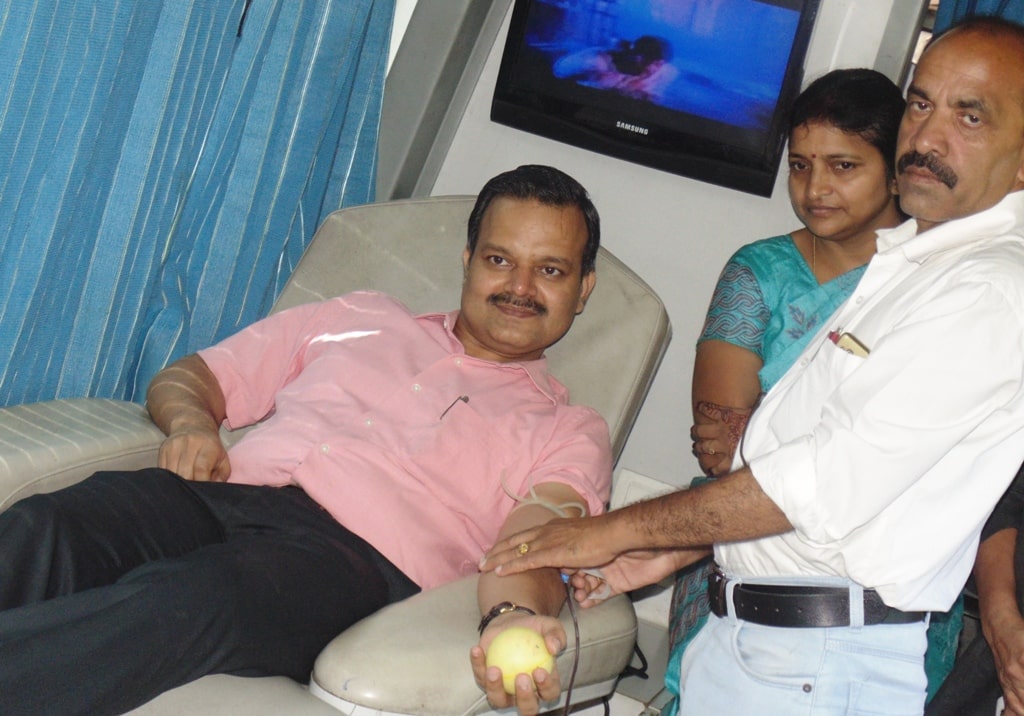 During this camp, Principal Secretary to the Chief Minister Dr. Sunil Kumar Barnwal also donated blood. After donating blood, he said that every healthy person should donate blood every 3 months. Blood donation does not only benefit the needy but also has many benefits in health. By making donations, they become examples for society. Dr. Barnwal also told the benefits of donating blood to the common people. He said that most people think that blood donation can save the life of any person but there are many people who do not donate blood by thinking that this will have a bad impact on his health, which is nothing but an illusion. The biggest advantage of blood donation is that 7 types of tests done before donation and that helps in knowing if the donor is suffering from any diseases. He said that making people aware of blood donation is the main objective of this camp. Today, I got an opportunity to donate blood through this camp. Dr. Barnwal appealed to the people to be aware of blood donation and aware others as well.

In this blood donation camp, many members, including Secretary of Association Richa Sanchita, Joint Secretary Manu Jha and Senior Member Arpana Sharma, donated blood. Among the blood donors, Chief Minister's Security Police Superintendent Shailendra Kumar Sinha was also involved. 35 units of blood donated in this camp. The team of doctors from RIMS Blood Bank was present in the camp.