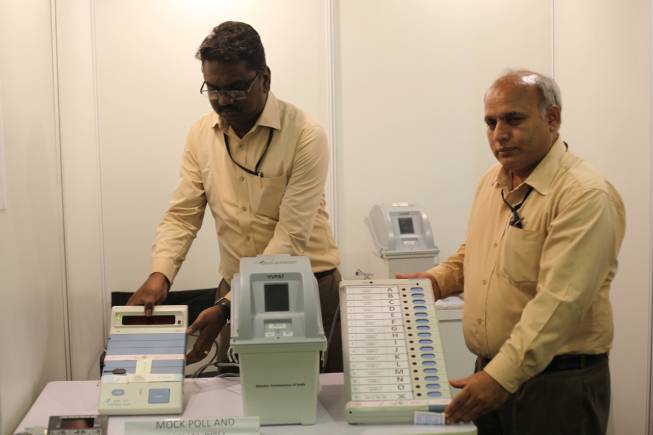 For the first time, Election Commission of India will use Voter Verifiable Paper Audit Trail(VVPAT) during the polling for which preparations have begun.

VVPAT are devices used during the election process to verify that the vote polled by a voter goes to the correct candidate.VVPAT is described as a second line of verification and is particularly useful in the time when allegations around Electronic Voting Machines tampering crop up.

In Jharkhand, the state EC office has started preparations for upcoming general elections and 29,464 polling booths identified. However, this office says that based on requirement auxiliary polling booths will be created.

Also, training is being imparted to Returning Officers who in turn will train other operating staff. The training process includes creating awareness about the election process, use of an electronic voting machine and VVPAT. Polling parties, including presiding officers and polling officers, will be provided training on the Voter Verifiable Paper Audit Trail (VVPAT).

The VVPAT is a paper slip which will come out of the electronic voting machine (EVM) when a voter casts his vote.

The slip is such that it will automatically show symbol and candidate the voter cast his/her vote. As it is, the slip will drop in a sealed box attached to the EVM for use by the EC. It can be seen by the concerned voter.

Based on the sensitivity of polling booths, the Office of Chief Election will place its demand for deployment of security forces in the polling booths. As the 19 districts in the state are Left Wing Extremists affected district, the election will be held on phase wise.