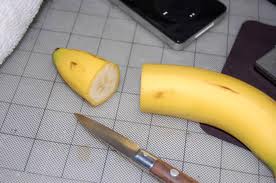 A guy is reported to be recovering from bleeding and pain after he broke his four letter life producing organ.

Reports on him are many saying Ray Elbe,a mixed martial artist(MMA),was admitted at the hospital after breaking his penis.

A report with his picture on fitperez.com said:”No, we’re not making this up or exaggerating. And no, he wasn’t trying to use it as a weapon during an MMA fight!Ray broke his penis during sex with girlfriend.She was apparently riding him really hard on top, bounced too high, and smashed his ding dong in half!!”

“Here’s the graphic part: his wiener fractured, blood went every and then he passed out from the pain.Excuse us, we’re about to pass out ourselves…
He was rushed to a hospital, had emergency surgery and is now recovering.
His penis should be fine.