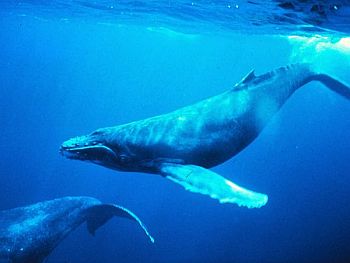 Birds chirp when they mate.Tigers grown when they are desperate for sex.What the Humpback whales do when they hunt for food and female partners.They sing,according to a study published in PLos ONE on December 19.

The excerpts of this study incorporated by the Science Daily said:”Humpback whales are famed for their songs, most often heard in breeding season when males are competing to mate with females. In recent years, however, reports of whale songs occurring outside traditional breeding grounds have become more common. A new study may help explain why.

The story on this seminal study’s co-author Ari S. Friedlaender, research scientist at Duke University’s Nicholas School of the Environment as saying:””They need to feed. They need to breed. So essentially, they multi-task.”

“This suggests the widely held behavioral dichotomy of breeding-versus-feeding for this species is too simplistic.”

Notably,the study sponsored by the U.S. Naval Postgraduate School, the University of California-Santa Barbara and Duke,reportedly tracked 10 humpback whales in coastal waters along the Western Antarctic Peninsula in May and June 2010.

The Science Daily writes:”The peninsula’s bays and fjords are important late-season feeding grounds where humpbacks feast on krill each austral autumn before migrating to warm-water calving grounds thousands of miles away.”