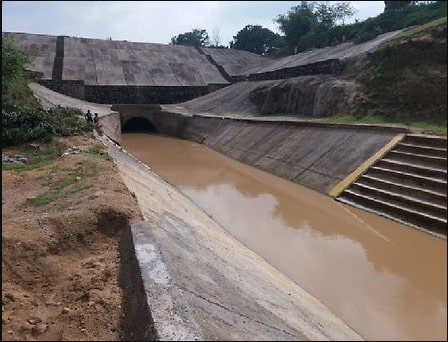 The online inaugural event took place Bilhandi village under Vishungarh block in Hazaribagh where scores of farmers were present.

The project, launched more than four decades ago in 1978 by Bihar Governor Jagannath Kaushal with an estimated outlay of Rs 12 crore, is expected to provide water for irrigation in 62895 hectares of land in three districts-Hazaribagh, Giridih and Bokaro.

"We are very happy to have got a new source of water for irrigation", said a farmer. The project cost had gone up by 208 percent and it figured four-digit-Rs2500. This project was conceived with an aim to complete it in five years. But it took almost 41 years to get inaugurated by the CM Das.

"Der Yaye, Durust Aaye"(Came late, but came successfully), smiles another farmer echoing sentiments of a dozen farmers who were present during its inauguration.