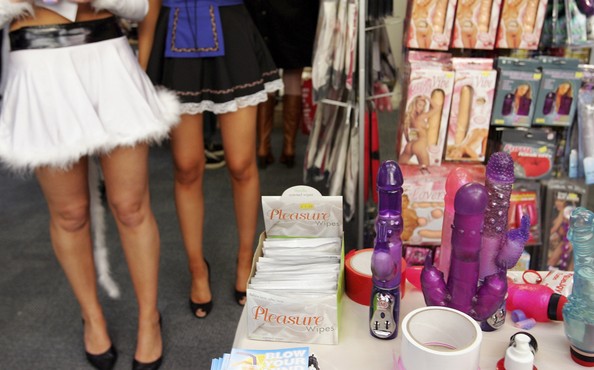 If reports are to be believed,sex toys are selling like hot cake in Britain.

“Some four million of them are sold in the UK every year – more than half by Ann Summers – and numbers are rising.In the next ten years global sales will increase more than seven-fold, to 400 million, according to researchers”,said ANI report from London.

Though there are no bonafide data available on its use in India,Mumbai,Bagalore and New Delhi have begun to sell the sex toys.”These sex toys are no longer a thing to be hidden.Many single girls and widows were using them regularly”,says a shop keeper in South Extension II,New Delhi.

Another story from London quotes a 20-year-old single girl from Leicester saying that she has had more than 150 orgasms despite still being a virgin.This was solely due to sex toys,says Emma Richards, who reviews the gadgets for an online store in London,according to the ANI report.

She is quoted saying that no one loves her and as such she uses sex toys to fulfill that role herself, the ANI story based on Sun report said.

“She said that her job started when she went to buy some fancy knickers for Valentine’s Day last year, but came home with a sex toy instead.“Now I can’t get enough of them. I would rather stay a virgin and use my sex toys than sleep with someone who wasn’t special,” she said.