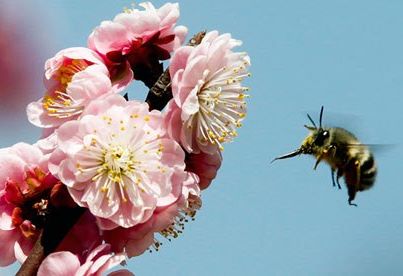 Weak genes.Genetic disorder.That these were the outcome of a breed of a human with a relative,is an old story.The latest is the research published in the journal Proceedings of the Royal Society B proving that because of these disorders inbred males are often weaker.

Even among the bees,such weak males are not able to defend the nest or provide food for their youngsters.“To make sure her offspring will have the highest chance of survival and reproduction, female bees are expected to avoid mating with a weak inbred male. That is, if she is able to recognize who is inbred and who is not”,says the research.

A story carried by Science daily quotes Erik van Bergen, currently at the University of Cambridge and formerly with Leiden University, where he conducted much of the research, saying : “Interestingly, traits used by males to attract the opposite sex are often strongly affected by inbreeding and might be used by females to recognize inbred individuals. For example, inbred male zebra finches produce a lower number of different individual songs and inbred male guppies have less conspicuous colour patterns. Additionally, in one cricket species, the inbred males are known to produce less acoustic signals while trying to attract females.”

“For the butterfly Bicyclus anynana, it is critical that the female avoids breeding with an inbred male as some 50 per cent of the latter are completely sterile. As a result, if a female mates with a sterile inbred male none of her eggs will hatch, and she will therefore produce no offspring”,says the Science Daily story.