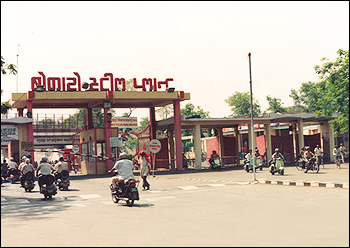 Since Jharkhand is a rich steel producing state and it continues to show strong growth in this sector,the Union government has proposed investment of Rs.37,000 crore for development and expansions of mines in the state.
Union Minister of Steel and Mines Narendra Singh Tomar provided this information in the Rajya Sabha on March 9, 2016 while replying to a question raised by Rajya Sabha Member Parimal Nathwani.

Tomar stated that Steel Authority of India Ltd (SAIL) has a proposal of investing more than Rs.19,000 crore in Jharkhand on modernization of Bokaro Steel Plant, expansion of Gua and Chiria mines, etc.
Further, Government of India, NMDC (a Central Public Sector Enterprise under Ministry of Steel) and Government of Jharkhand have also signed a Memorandum of Understanding (MoU) to set up a 3 Million Ton Per Annum (MTPA) green field steel plant through a Special Purpose Vehicle (SPV) in Jharkhand at an estimated cost of Rs.18,000 crore, said the minister.

The Minister in his reply said that India is the 3rd largest crude steel producer in the world in 2015 as per provisional rankings released by the World Steel Association (WSA). As per data released by Joint Parliament Committee (JPC), India’s crude steel production capacity is 109.85 million tonnes in 2014-15 and at 116.74 million tonnes in April-December, 2015-16 (provisional).

According to the minister’s statement, there has been a growth of 6.5% of Compound Annual Growth Rate (CAGR) in steel production capacity in the country from the years 2012-13 to 2014-15 and the trend is likely to be continued during the year 2015-16 and increase thereafter.