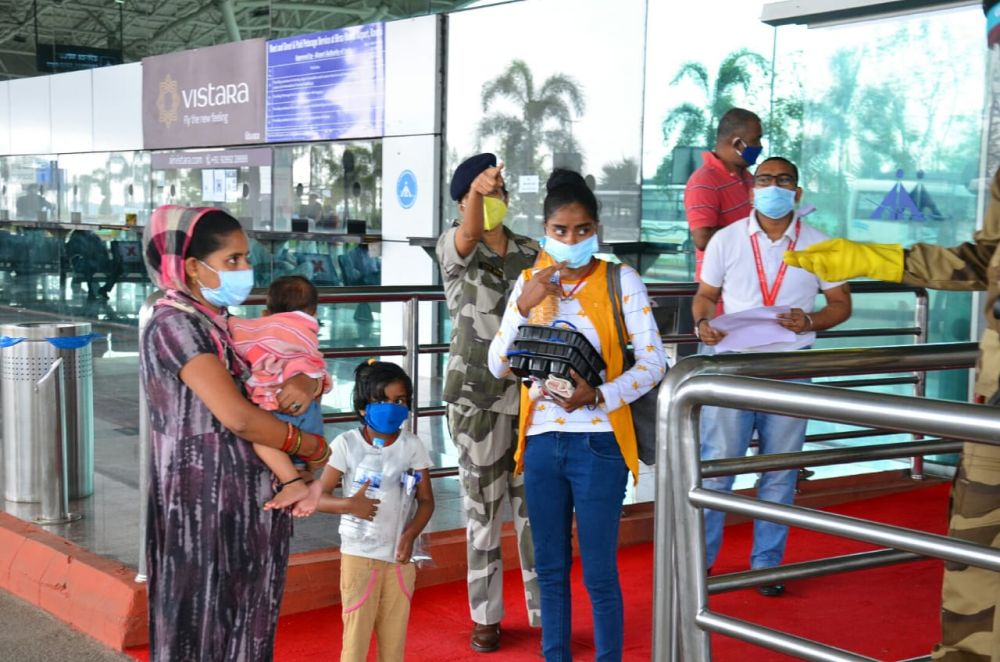 We are talking about the latest arrival of 180 AirAsia passengers at Birsa Munda Airport in Ranchi from Mumbai today.

Ask Chief Minister Hemant Soren who had earlier declared that if the need be, he will bring Jharkhand based migrant labourers home by charted flight and how did he do?

Soon after lockdown -1 was enforced by Prime Minister Narendra Modi on March 25, Soren has been working overtime to bring home Jharkhandi migrant workers from across the country. He is the first CM in India who had sought train service from Railway Minister for local migrants. His suggestion, backed by Bihar CM Nitish Kumar, had prompted Modi government to run Shramik Trains in the country.

Now, after ensuring that more than 120 trains, each packed with migrants, had landed in Ranchi and its adjoining areas of Jharkhand, he has succeeded in welcoming over migrant workers who landed at Ranchi by a charted flight this morning.

Soren thanked National Law University alumni, Bengaluru and officials of the Maharashtra government on Thursday for this achievement. Indeed if it is a cap, no other state in the country had on its head till date.

"Due to their cooperation, they safely landed by the  Air Asia flight", said Soren.

After landing at Birsa Munda airport at 8.15 am, many migrant workers looked happy. Most of them had come to Ranchi by flight for the first time.

And as such, six of them  www.jharkhandstatenews.com talked to expressed their strong sense of gratitude for Hemant Soren whose government has cleared AirAsia Mumbai- Ranchi flight bill, it is learnt.

Randhir Kumar, a migrant who came flying from his workplace -Mumbai-for the first time, recalls the feelings of joy he said he had experienced this morning on board of the plane. Alongside this, it was the most officially personalised trip, in fact, Soren and Amit Shah had made it possible.

"Bahut Accha Laga(we felt very nice), said Randhir. His joyous feelings were visible on his face, a feature common among other migrants.

They were unlike thousands of other migrants from Maharashtra who still stranded and were puking anger against its CM Udhav Thackrey, who had completely failed to provide them shelter and food.

A number of them were heard cursing  West Bengal CM Mamata Bannerjee for having done  'nothing' to meet their counterpart's demand of train tickets to return home.