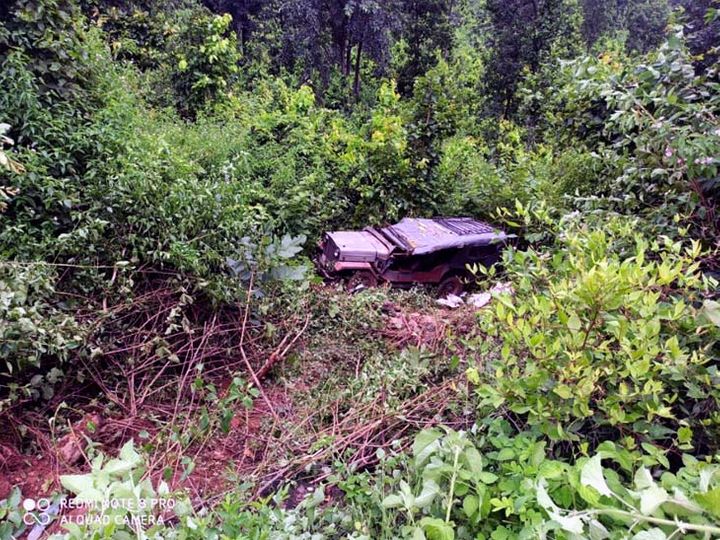 A moving Jeep carrying 21 passengers fell in 50 feet deep ditch killing two and injuring 12 passengers seriously. They are undergoing treatment at a  hospital in Jharkhand.

The cause of the accident is attributed to ‘overloading’.”The four-wheeler Jeep could not bear the load of 21 passengers. A break and jerk taken by the driver made them fall with the Jeep in a deep 50 feet down ditch”, said the police.

The accident took place near Badka Ghat, Banshidhar city police station area in Garhwa on Tuesday. The deceased were identified as Vivek Chandravanshi(35), who was the driver and a female passenger Leela Devi(30).