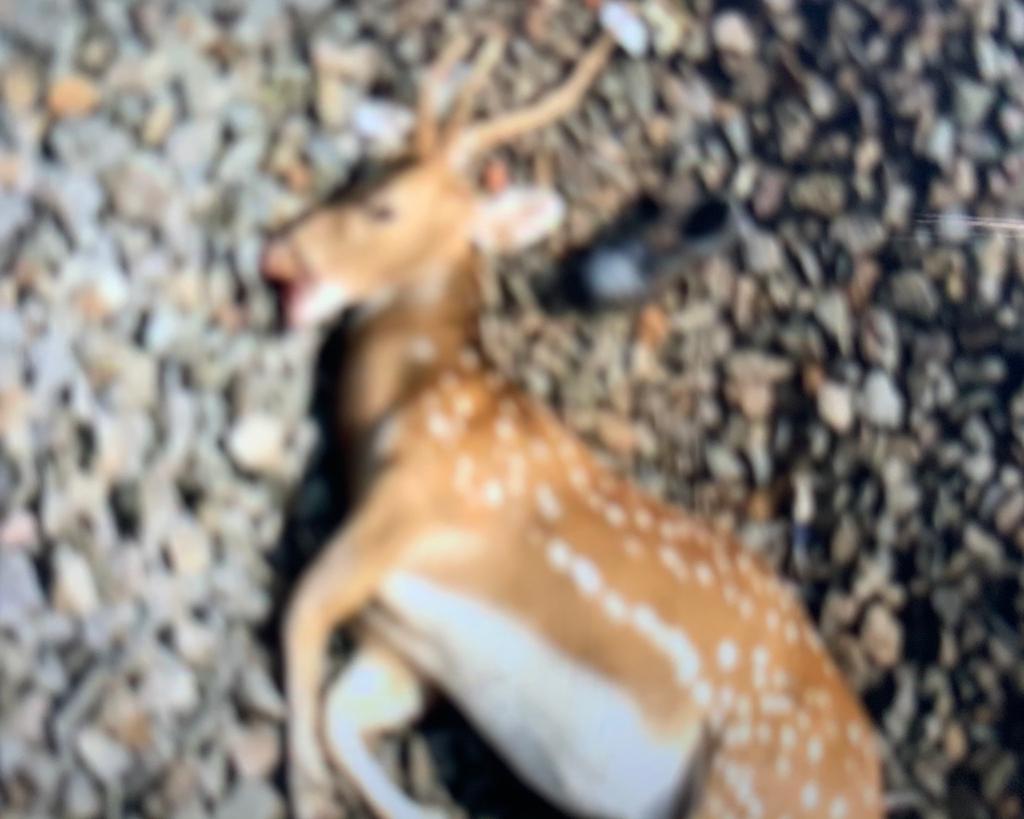 Five blood ridden bodies of wild deer were buried today inside Betla forest in the Latehar district of Jharkhand.

Though post mortem report was not available, the state forest department officials informed that the cause of their death was ‘run over’ by train. An inquiry revealed that a group of wild deers was moving around the paddy fields crisscrossed by a railway track.

When they were returning to their Betla park forest area last night, some of them were either run over or hit by the running goods train. The disfigured bodies of five deers were spotted by villagers on Monday morning.

After one of the villagers informed the range office of the Betla park which covers the Palamau Tiger Reserve area, its staff reached the spot and sent the bodies for post mortem.”All five bodies were brought to the range office’, said Betla Park Ranger Prem Prasad.

Sadly, this is not an isolated case. If anybody uses Google search, he/she can find that collisions between train and wildlife have increased over the years. However, what is the most unfortunate part of wild animals’ accidental death records is that there was no measure adopted by the Railways to prevent these preventable accidents.

So, the question is what can be done? Manoj Prasad, senior journalist and Editor of www.jharkhandstatenews.com said :

“To combat this, the Railways should create a novel solution that involves blaring animal sounds from moving trains in forest areas 24X7”.