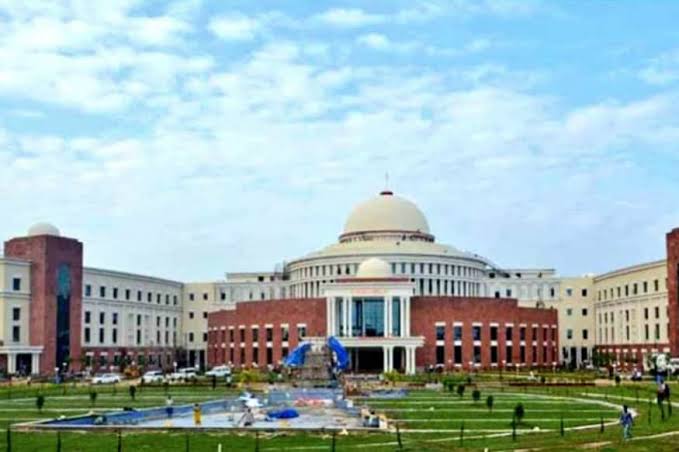 The Jharkhand Assembly on Wednesday passed a bill that provides for 75 per cent reservation to locals in jobs with salaries up to Rs 40,000 a month in the private sector amid uproarious scenes.

Once the Jharkhand State Employment of Local Candidates in Private Sector Bill, 2021, is enacted, Jharkhand will become the third state in the country after Andhra Pradesh and Haryana having a law providing for reservation in private sector jobs for local residents.

The bill was earlier cleared by a select committee of the Jharkhand Assembly with some changes. It was tabled during the budget session in March and was referred for vetting to a six-member select committee formed by Speaker Rabindra Nath Mahto.

The panel, chaired by Labour Minister Satyanand Bhokta, had added the words "private sector" in the amended bill, changing its name from 'The Jharkhand State Employment of Local Candidates Bill, 2021' to 'The Jharkhand State Employment of Local Candidates in Private Sector Bill, 2021'. The amended legislation increased salary limit to Rs 40,000 from the earlier Rs 30,000. "Every employer shall register such employees receiving gross monthly salary as wages not more than Rs 40,000 as the limit notified by the government from time to time on the designated portal within three months of coming into force of this Act. Provided that once designated portal is developed and notified, no person shall be employed or engaged by any employer unless the registration process of all such employees is completed on the designated portal," says the bill.

"Every employer shall fill up seventy-five percent of the total existing vacancies on the date of notification of this Act and subsequent thereto by local candidates with respect to such posts where the gross monthly salary or wages are not more than Rs 40,000," it adds. According to the committee report, provisions have been amended to include the service providers to the government organisations within the purview of the legislation.

"The Central Government or the State Government shall not be included but the provisions of this Act shall apply on the organizations providing services through outsourcing to the Central Government or the State Government organization/undertaking," it says. The legislation also ensures that "during the process of employment of local candidates, attention will be given to the representation of the displaced due to the establishment of the concerned institution, local candidates of the concerned district and all classes of the society". The bill provides for constitution of a committee headed by a designated officer that will include the local MLA, Deputy Development commissioner (DDC) and Circle Officer (CO) to supervise the employment procedure and issue directions to the employer concerned as it may deem fit.

Chief Minister Hemant Soren had been voicing the need for employment to local people of the mineral-rich state. Amid uproar over the new employment policy by the main opposition BJP, Soren asserted his government was committed to protecting the rights of the tribal and local people. Attacking the BJP, whose members were in the well from the start of the proceedings, he said, "Employment policy will come soon. Everything will be clear… You (BJP) have lost the opportunity," he said. "I am committed to providing employment to moolvasi (original inhabitants) and tribals. The report by the select committee has been laid in the House and the government is committed to providing employment to locals," Soren said. Vinod Singh (CPI-ML), a member of the select panel, said the legislation will go a long way in delivering justice to the local population.