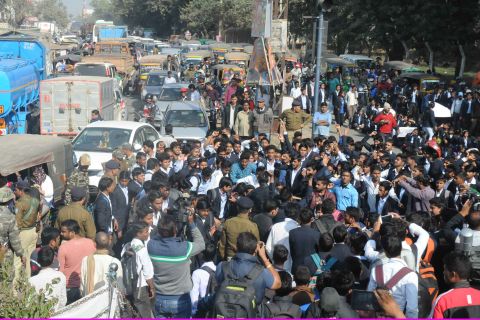 Three days after a B.Tech student was raped and murdered,students were up in arms demanding the arrest of the culprits.

Though the police was working round the clock to nab them,no arrest was made so far.The girl was rapped and burnt after she was killed at 3-4 am on Friday,according to the post mortem report.

In protest against the crime,hundreds of students put up road blockade near Buty More in Ranchi paralaysing the traffic on NH 33 for hours on Monday.