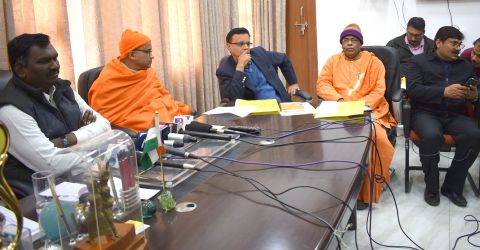 The Rashtriya Yuva Diwas’ is planned to be celebrated for one month,said Department Minister Amar Kumar Bauri in Ranchi on Thursday.

On December 21,the ‘Yuva Jagaran Rath Yatra’ is planned to be taken out from Ulihatu in Khunti district,birth place of tribal hero Birsa Munda and along the way,bill boards and video films on Vivekananda are slated to be shown to people.

Swami Vivekananda(1863-1902) was a Hindu monk.He was a patriotic saint of India.According to English Calendar,he was born on January 12,1863 into an aristocratic Bengali family of Kokata and this day is known as Swami Vivekananda Jayanti.

As per the state government’s plan,Yuva Jagaran Rath Yatra meant to create awareness and mobilise youth will move in all 24 districts of the state,said Bauri.