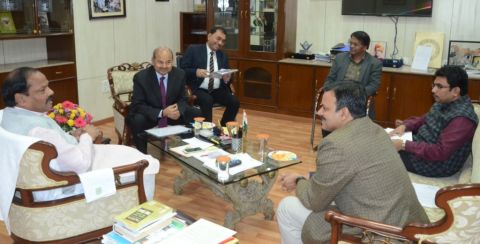 In a meeting held inside Project Bhawan in Ranchi on Tuesday,Jharkhand Chief Minister Raghubar Das met Union Coal Secretary Sushil Kumar.The meeting noted that there were as many as eight coal mines where production had not started..

Kumar informed in details the works in progress to start production in coal mines lying in Jharkhand.He talked about the mines where work had not started.

The CM said efforts were being made to ensure these mines become operational.He requested Kumar to see to it that the Central Coalfields Ltd under Corporate Social Responsibility can play a significant role in picking up villages for building toilets under Swacch Bharat Abhiyanunder its own jurisdiction.

The meeting was attended among others by Mines Secretary Sunil Kumar Barnwal,Mines Commissioner Abu Bakar Siddiqui and Director SI Minz.